my favorite places to play.

"Tom is an amazingly gifted musician and song-writer. His music is completely top-notch both in writing and production. He was very eager to provide us with several songs for use in a feature film and quickly made any tweaks we needed to get the right sound for the scene in question. His music brought the level of character and professionalism to the film that it needed. He is our first choice in Acoustic/Americana/Rock for any production"
David Helpling Composer/Producer at DHM Music Design

Tom is a multi-faceted instrumentalist with the highest professional standards imaginable. His production values are impeccable and he has a relentless quest for inspired performance! It is a joy to work and hang out with Tom Cunningham!”
Scott E Burns, Owner/operator, Scotty b Music

Tom Cunningham is a singer-songwriter and multi-instrumentalist with three acoustic gospel albums to his credit. The latest "Look at the Birds" was released in December 2018. "If I Could Hear From Heaven" released in December of 2014 and  "Think On These Things" released in May 2016 are all available on iTunes, Google Play and all other platforms.

Tom is also  the worship leader for the “Country Gospel” venue at North Coast Church on the  Vista and San Marcos California Campuses.

The Tom Cunningham Band is an acoustic Americana string band with elements of bluegrass, country and western swing.

Grassology: A Bluegrass trio that has done hundreds of shows for San Diego County Schools through Young Audiences, a national organization bringing the arts into the schools.

Lighthouse: A fine traditional Bluegrass and Bluegrass Gospel band that played top festivals and concerts for over twenty years.

Tom’s songs have made it to the big screen and small screen having written and performed the theme song for RFD-TV network’s Cowboy’s Kitchen. Tom appears on the show as the musical and comedic sidekick to famed Texas chef Grady Spears.

San Diego visitors and locals may remember Tom as the Dolphin Show Host at Sea World of California, opening and emceeing the show for thousands of visitors each day for several years.

Going back to the mid 1980s, Tom played lead guitar and fiddle with both the KCBQ and KSON Flatbed Bands and opened for virtually every major country act that came to San Diego. In 1993 Tom was honored with CCMA’S Fiddler of the Year award. (California Country Music Association, San Diego Chapter)

Tom began playing in elementary school and was playing gigs while still in high school. Learning guitar from all his siblings, especially his brother Barrie, who is also a successful professional musician. Discovering bluegrass in the early 70’s, Tom began concentrating on fiddle, mandolin and flat-pick guitar styles. He honed his skills while playing with The Daydreamers Ball, a well loved bluegrass band in Northern California playing the acoustic hot spots in San Francisco, Sonoma and Napa. 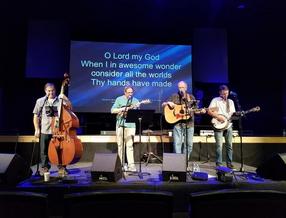 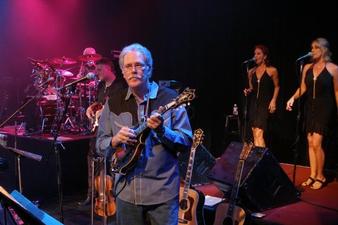 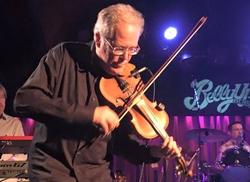 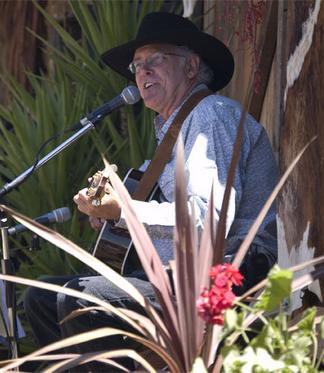 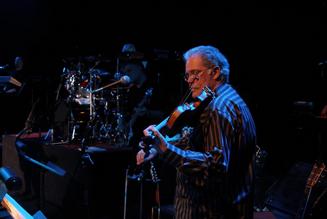 I have a blast playing at some of San Diego's great venues! Catch some shows with The Clay Colton Band.

Tom appeared on RFD-TV Network's The Cowboys’ Kitchen with Grady Spears. You’re invited every week into Grady’s outdoor kitchen where friends and family gather around to experience Grady’s modern twists on hundreds of classic cowboy dishes. RFD-TV is delighted to have such a celebrated chef as part of “America’s Most Important Network,” not only for his talent in the kitchen, but his appreciation for the western lifestyle. Tom Cunningham is featured throughout the show with music and witty cowboy comments! Tom also wrote the theme song for the show.

We have created an atmosphere of a "Little Country Church House" playing bluegrass and country gospel to a full house every Sunday.